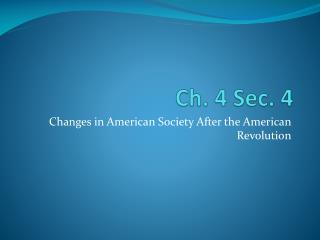 Ch. 4 Sec. 4. Changes in American Society After the American Revolution. New Political Ideas. By declaring its independence, America had established a republic , a form of government in which power resides with a body of citizens with the right to vote.