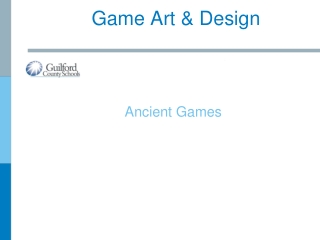 Game Art & Design. Ancient Games. Royal Game of Ur. One of the earliest board games Played in Mesopotamia before 2600 BC Discovered by Sir Leonard Woolley in the 1920's  near the ancient city of Ur We do not know the game’s rules