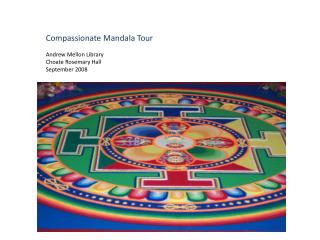 Mandala - . a symbolic representation of the universe and the self. photos by laura ellen shulman. tools. laying out the