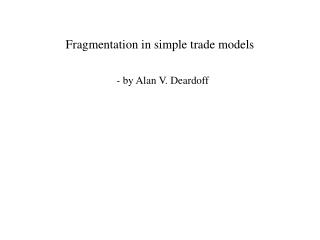 Fragmentation in simple trade models. - by Alan V. Deardoff. Fragmentation. Fragmentation = the splitting of a production process into two or more steps that can be undertaken in different locations but lead to the same final product