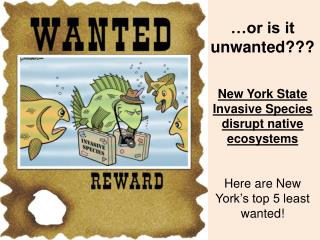 Sustaining Biodiversity: The Ecosystem Approach - . chapter 9. section 9-1. what are the major threats to forest

A Quick Look at Some Invasive Species - . by: lexie fiema (406) and julia garvey (408). accidentally introduced species.

Aquatic Invasive Species - . are non-native plants, animals, and pathogens do not occur naturally in our lakes and rivers

Invasive Species - . outline. what are invasive species? how are they spread? are they all bad? how does a species become

Disturbance - . why it matters in (landscape) ecology and resource (ecosystem) management. definition (pickett and white

The Economics of Hawaii’s Invasive Species - . kimberly m. burnett university of hawaii at manoa department of