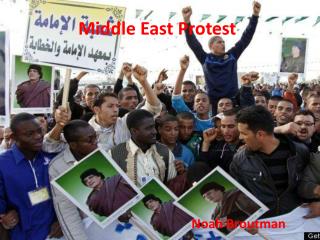 Sassoon’s protest: Base Details - . objective: to analyse the impact of sassoon’s poem, base details. analysis of

The Politics of Protest - . the student movement and the counterculture. the growth of the youth movement. the roots of

By: Sami Hermez Visiting Professor of Contemporary International Issues University of Pittsburgh - The effects of the

Nationalism in Africa and the Middle East - . p. 394. resistance reborn. world war i weakened the imperialists this

Who is Hosni Mubarak? - . the 4 th president of egypt in 1981. remained president for nearly 3 decades. why did the e

Vietnam War Protest Music - . protest music. during the war, many artists protested vietnam by singing for peace and