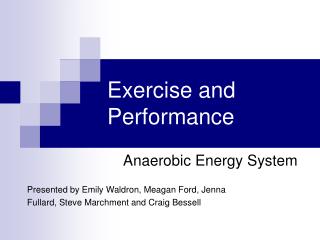 Exercise and the Environment - . objectives. describe the changes in atmospheric pressure, air temperature, and air

EXERCISE DIETARY GUIDELINES - . exercise: do you need it?. why exercise is important. regular daily exercise: heart

Oxygen Debt: - . definition: extra amount of oxygen, that must be supplied to body after exercise, in order to restore

Chapter 1 Introduction To Exercise Physiology - . how do you define exercise?. what is physical activity? body movement