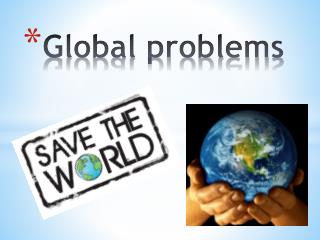 Global problems and solutions - . by sahaj s. and warren p. pollution . here are some ways people pollute every day that

The links to global problems - . presentation at the 25 th anniversary special event of the convention on long-range

Problems, Problems! Problems! - . and how to solve them!. mental maths. learning objective. by the end of this lesson,