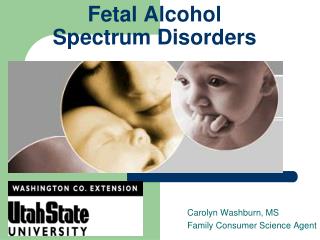 ALCOHOL - . mrs. mccord 8 th grade health. what is alcohol?. a depressant drug that enters the bloodstream and slows the

ASSESSMENT OF Fetal Well-being - . lectures 3. assessment of fetal well-being. the major expected outcome is the

Getting it right for children with Fetal Alcohol Spectrum Disorders Bob Fraser - . children’s rights and wellbeing