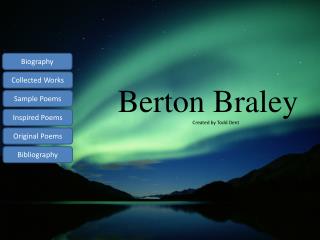 many students work on the star our school newspaper - . capitals and punctuation parts of sentence parts of speech.

Gia’s Amazing Auto Biography!!!! - . (mine is waaaaaaayyyyyyy better than yours!). table of contents!. slide 3: the

My original poems - . fernando hernández. t able. i am poem. i am who i am and only that i think with my mind i hear Ryan Braley Chief Architect Mention - . a faster horse: a look at big data from a game industry perspective. there is no