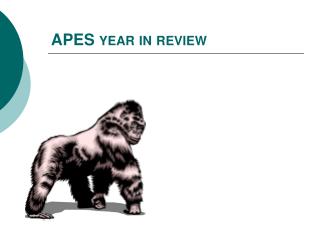 APES: End-Of Course REVIEW - . #1a: the diagram below illustrates what environmental principle?. 1b what process is it

Understanding two and three year olds - . ms. perez. bell ringer. which of these drawings was made by a two year old? .

APES year in review - . 2012, the year everyone gets a 5!. introduction. understand how natural world works understand

Big Question: How does a panda change in its first year of life? - . author : joanne ryder genre : informational text.