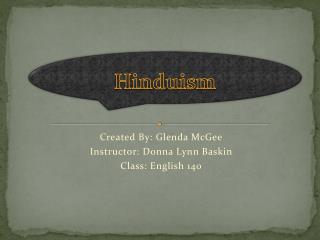 Hinduism. Created By: Glenda McGee Instructor: Donna Lynn Baskin Class: English 140. Introduction to Hinduism. Hinduism is a religion that originated in India and is still practiced by most of it’s inhabitants.