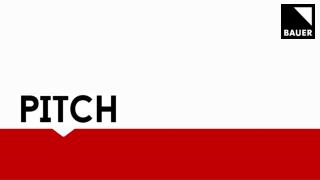 The Elevator Pitch - . pitching in 30 – 120 seconds. what is an elevator pitch? context of entrepreneurship. a

Make Your Pitch - . understanding what makes a good pitch. an audio or radio pitch. what is the product the advert is

The 30 Second Pitch/Hook - . what is my service, product, company, or cause? what problem do i solve (or what demand do i

Pitch and Frequency - . sound is created by vibrations…whether it’s the vocal cord or guitar string. the sensation of

Temperature and Pitch - . by thomas henson . cool info. to change the pitch of a drum you tighten or loosen the lugs on

Elevator Pitch - . elevator pitch guidelines. you have 30 to 60 seconds to explain the alumni association. your 3 goals:

Pitch and Premise - . pitch : ‘ a schoolboy with a desire to battle an invisible warrior, is helped by his sister and

Audition Frequency and Amplitude - . audition the sense of hearing frequency the number of complete wavelengths that pass

Investor pitch – Template - . the big idea. give your “elevator pitch” or include a great attention grabbing

Pitch, Loudness, and Quality of Sound - . by. rifki irawan. frequency and pitch. pitch = frequency of sound. the

Guidelines on client-agency relations and best practice in the pitch process - . pana gmm 11.25.10. agenda 1. about this