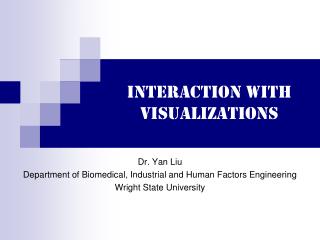 MAPS AND VISUALIZATIONS - . cartography: the art, science, and techniques of making maps or charts. two types of gis

Introduction and Framework - . inls 507: information visualization (aka 490-109) brad hemminger. what do you know about

An introduction to designing and building data visualizations - . kristen sosulski ksosulsk@stern.nyu.edu. about me. one

Pythagorean Theorem - . various visualizations. pythagorean theorem. if this was part of a face-to-face lesson, i would