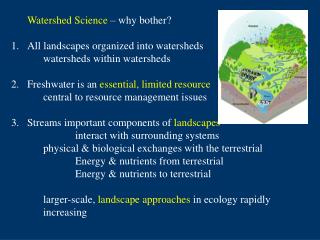 Watershed Science – why bother? All landscapes organized into watersheds

Watershed Science – why bother? All landscapes organized into watersheds

The Watershed - . the watershed , also called the drainage basin , is all of the land and water areas that drain toward a

Modified Rational Method for Texas Watersheds - . runoff coefficients from land use. 90 watersheds in texas for us to

Watershed 101 - . agenda what is a watershed? how does water move through a watershed? what is the connection between