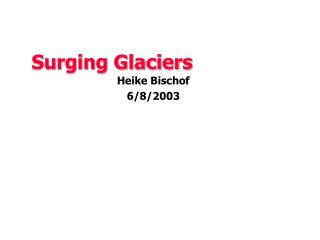 Sea Level Rise and Small Glaciers - . the math and physics behind the science. the math is there. see many claims about