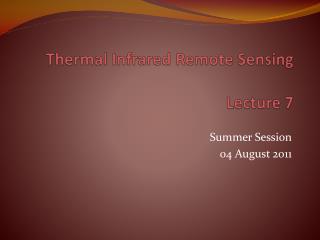 Remote Sensing - . vulnerability is the degree to which a system is susceptible to, or unable to cope with, adverse