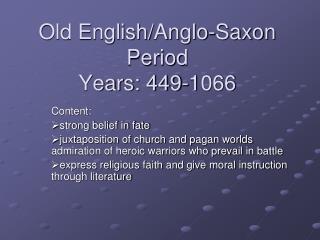 Anglo Saxons - . history. anglo-saxons angles and saxons invaded britain from germany, took over a large part of the

The Anglo-Norman Period, English literature of the late middle ages(mid-11th –---mid-14th century) Sir Gawain and the