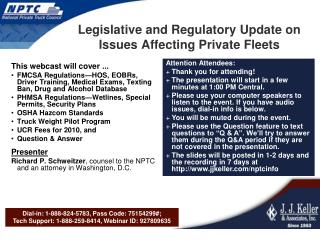 Attention Attendees: Thank you for attending! The presentation will start in a few minutes at 1:00 PM Central. Please use your computer speakers to listen to the event. If you have audio issues, dial-in info is below. You will be muted during the event.

The Clinical Establishments (Registration and Regulation) Act 2010 and Rules 2012 - . purpose. 1. an act to provide for