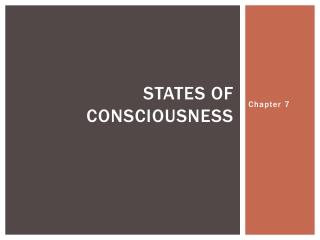 Chapter 6 States of Consciousness - . some early definitions . consciousness: all the sensations, perceptions, memories,

Lesson 13 : What were the conflicts between the northern and southern states? - . the states of the north and the south