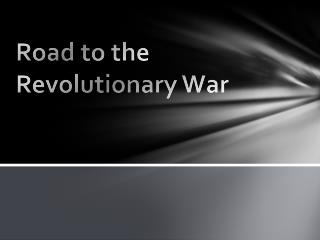 Road to the Revolutionary War. Question #1. What was beginning to happen towards the end of the last chapter?. Question #2. What are some reasons to go to war with another country?. Start to Decline. Start to see “Americans” getting upset British gave more Freedom Spanish or French