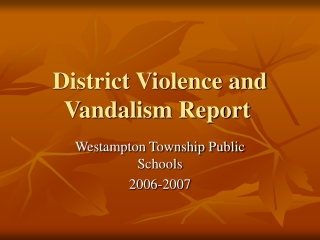 District Violence and Vandalism Report . Westampton Township Public Schools 2006-2007. What Gets Reported. An incident that results in an “In or Out” of school suspension or a Saturday Suspension.