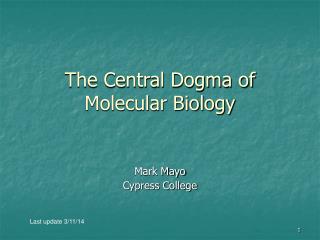 The Central Dogma of Molecular Biology The Central Dogma of Molecular Biology

Biology Mrs. Schalles - . chapter 1 the science of life. most notes &amp; images in this show from holt biology text