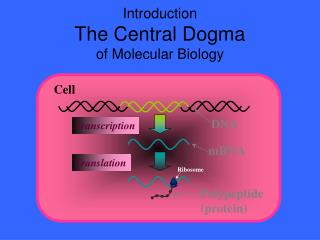 Biosequence Searching on STN - . cell biology. cell membrane: the interface to the outside world. ribosomes: the

Central dogma II -- Transcription - . dna -&gt; rna -&gt; protein but for retroviruses, dna can also be made by