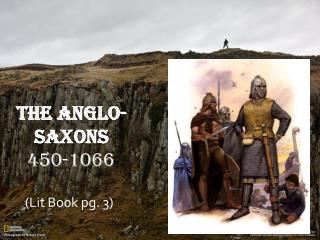 The Anglo-Saxons 450-1066. (Lit Book pg. 3). Why Study England and its history?. America and other world democracies would not be what they are today without legacy of England: L aw/parliamentary government Literature Language

Section Ⅱ The Anglo-Norman Period (1066 ～ 1500) - . middle english literature is a combination of french and

Anglo-Saxon Era, 450-1066 - . a brief history of time. england has a long history of invasion by others celts romans

Anglo-Saxons - . beowulf and the epic hero. the big picture. here’s the way the history of english literature is

Anglo-Saxons (449-1066) - . i. american culture has been strongly influenced by the british. government language