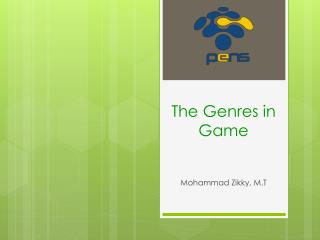 The Genres in Game The Genres in Game

Game Theory - . what is game theory (gt)?. gt is the study of multi-agent decision problems gt is used to predict what