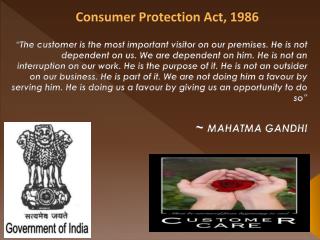 Benefits of Garlic in daily life - Garlic is the wonderful spice helps in many ways to us in our daily routine life.

CONSUMER PROTECTION - . meaning of consumer protection. to protect the consumers against the unfair practices of the

Consumer Protection - . tpa/asic/fair trading. trade practices act. the main aims of the tpa are: to prevent conduct by

CONSUMER PROTECTION - . are you serious ?. change in situation. ineffectiveness of previous legislations enacted for