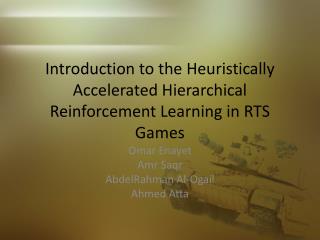 Introduction to AI in Computer Games - . hojjat jafary fanafzar game studio november 2012. what is ai. how do you think

The Accelerated Learning Program - . the community college of baltimore county. agenda for the day. introduction to alp