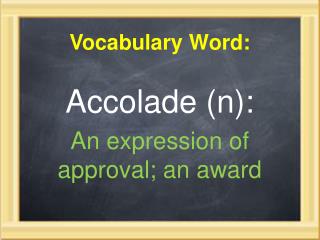 Word Order Powerpoint - . the nice is cat. the cat is nice. need i to go to bathroom. the. i need to go to the bathroom.

THE vocabulary PowerPoint - . by michael huynh eighth block. *approved by this guy*. aptitude-noun. definition- the

Vocabulary Word Study - . adage. my grandfather told me an old adage that had no useful point and was completely

VOCABULARY POWERPOINT#10 - . by; parker madden. telecommuting. a work arrangement in which employees enjoy flexibility in

SAT Vocabulary Word: - . volatile. changeable, unstable, explosive. my boss has a volatile temper. a person does not have