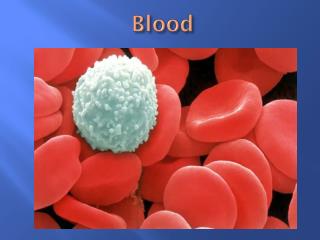 Blood. Blood is a liquid connective tissue that transports various substances to body cells & helps to maintain homeostasis. Nutrients from digestive tract to body cells Oxygen from lungs to body cells Wastes from cells to respiratory and excretory systems Hormones to target tissues