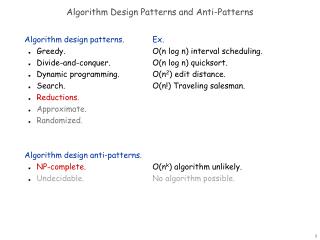 Patterns And Anti-Patterns Of Project Success - . haroon taqi. the challenge of software development. start with a

Patterns Design - . 13 february. user interfaces. introducing the book. patterns. what is a pattern?. a solution to a

Design Patterns - . a pattern presents a proven advice in standard format a design pattern gives advice about a problem

Design patterns - . humayun rashid may 20, 2014. design patterns. &quot;the pattern discipline has become one of the