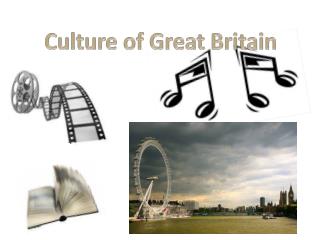 Culture of Great Britain. A rchitecture. The main style of architecture is gothic. We can see gothic in a many different ways from XII to XIX centuries. In Great Britain there are lots of interesting building s, like : Tower Bridge Humber Bridge Blackfriars Bridge Forth Bridge