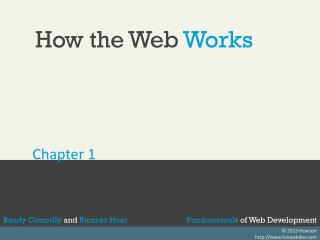 How the Web Works How the Web Works

What is Right Verify & How does it works? - Rightverify is world's first “products & services wiki” which

Ockham’s Razor: What it is, What it isn’t, How it works, and How it doesn’t - . kevin t. kelly department of

Ephesians 2:8-10 - “for by grace you have been saved through faith, and that not of yourselves, it is the gift of god,

What Works and What Doesn’t in Reducing Recidivism - . presented by: edward j. latessa, ph.d. school of criminal

The Growth of Cities - . “the nature of urban sprawl: the process of suburbanization” annual meeting association of