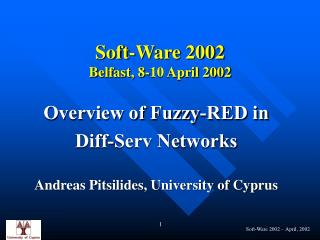 11 April 2002 - . lazy evaluation, thunks, and streams. evaluation. sml as you know it (substitution semantics) if true

10 MAY 2002 - Statistical information for the nation: review and the way ahead a presentation to portfolio and select

10/05/2002 - The search landscape of graph partitioning problems using coupling and cohesion as the clustering criteria.