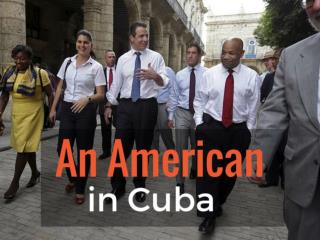 American delegations visit Cuba as the U.S. eases restrictions with the Communist island. CHAPTER 19, SEC. 3 SPANISH AMERICAN CUBAN WAR - . war with spain. problems in cuba…. us had been interested in cuba for

The Cuban Revolution - . background info…. cuba gained its independence from spain in 1898. in the 1900s, cuba’s

Castro, Cuba, and the Bay of Pigs - . why was cuba a concern for the us in the 1950’s?. cuba was closed off politically

BRIEF HISTORY OF CUBA - . one of the original spanish colonies. spanish american war (1898 ). a civil war was raging in