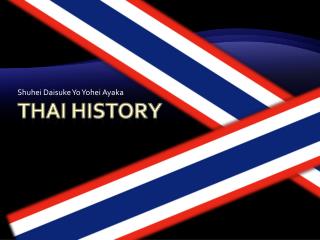 History of Thai language - . by phongphisut kamewwongsa class 851. classification and early history of the thai