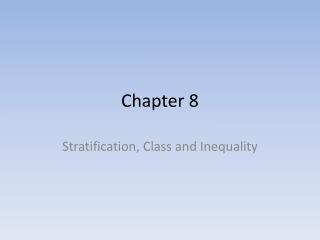 Chapter 8. Stratification, Class and Inequality. Systems of Stratification. Slavery-certain people are owned by others as property. Treatment and conditions varied throughout time, but severe inequality.