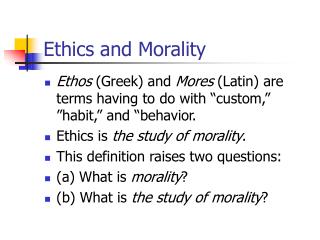 Do we need robot morality? - . what is intelligence?. pragmatic definition of intelligence: “an intelligent system is a

The State Ethics Law and You - . presented by: deborah danner, senior counsel march 2, 2006. overview of the course.