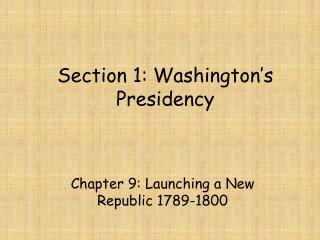 Section 1: Washington’s Presidency . Chapter 9: Launching a New Republic 1789-1800. * Main Idea: The president and the Congress began to set up the new government. * Why It Matters Now: