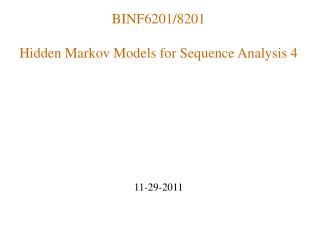 BINF6201/8201 Hidden Markov Models for Sequence Analysis 4 11-29-2011. Choice of model topology. The structure (topology) and parameters together determine a HMM. The parameters of a HHM can be determined by the Baum-Welch algorithm and other optimization methods, 5. Analysis - . outline. analysis: bridging what to how models for analysis activities during object modeling object

CHAPTER 3 LEXICAL ANALYSIS - . from: chapter 3, the dragon book and qin book. sequence of characters. sequence of

Complex networks are found throughout biology - . can we define the basic building blocks of networks?. generalize the