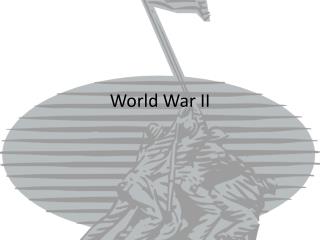 W orld War II. Vocabulary. Gestapo the secret police for the Nazis Nazi German political parties eliminated opposition Aryans a member of the indo-European-speaking people Ghetto the quarter of a city that Jews were restricted for residence. Germany. Ancient W orld - . yanni delvalle 3-28-12. introduction. this slid is going to be about the achievements of man kind. and

T HE W ORLD - . the world map on this slide is currently ‘grouped’ together with no place names. this is good for

W ORLD TRADE CENTER ASSOCIATION - . wtca history the first organization to use the world trade center designation, as it

Building a Better W orld - . fab fridays. what: h elp guide an interactive activity for 4 th - 12 th graders and their