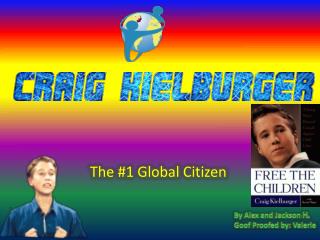 The #1 Global Citizen. By Alex and Jackson H . Goof Proofed by: Valerie.