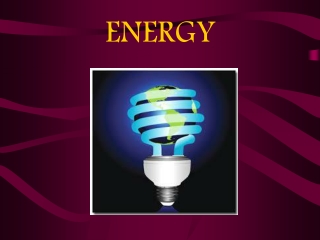 ENERGY. Conservation of Energy:. The total amount of energy in a system remains constant ("is conserved"), although energy within the system can be changed from one form to another or transferred from one object to another. Energy cannot be created or destroyed, but it can be transformed.