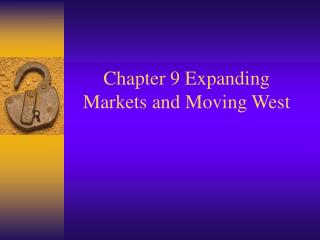 Chapter 9 Expanding Markets and Moving West. Market Revolution. Rise of Textile mills in the Northeast by mid century. Specialization takes place – raise one or two crops People bought and sold goods rather than making them for themselves. The Entrepreneurial Spirit. Chapter 10 Capital Markets and the Pricing of Risk - . chapter outline. 10.1 a first look at risk and return 10.2 common

Financial Institutions and Markets - . the markets. outline of contents. a recap of semester one money markets capital