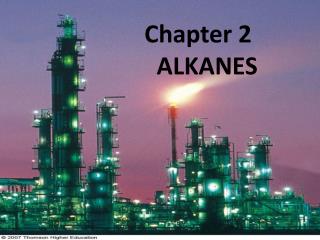 Chapter 2 ALKANES. Classification of Hydrocarbons Hydrocarbons contain only carbon and hydrogen. A hydrocarbon that contains only single bonds is a saturated hydrocarbon or alkane (Chapter 2). . Representing Organic Compounds