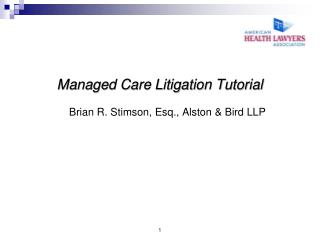 Managed Care - . why?. we’ve talked about insurance and technology … and costs. managed care analysis combines some

Managed Care Contracting - Disclaimer. this presentation is for educational purposes only and is not legal advice.you