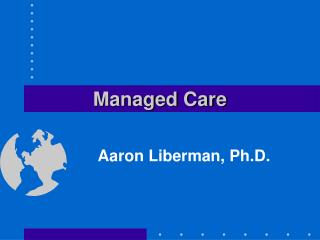 medicare managed care appeals - Maximus federal services, inc.. who we are and what we doindependent review entitystaff

The Virginia Medicaid (Medallion II) and CHIP (FAMIS) Program Expansion - . administered by the department of medical

Managed Care - Assumptions - . the most appropriate healthcare is not always delivered by professionals who are

Managed Care and Integration - . may 19, 2011. 1. managed care and integration . how one organization is approaching this

Medicare Medicaid Alignment Initiative (MMAI) The next chapter of HFS Managed Care - . what is managed care?. a health

The State of Medicaid Managed Care in an Era of Federal Reform: Current Trends and Issues - . steve aragón chief counsel