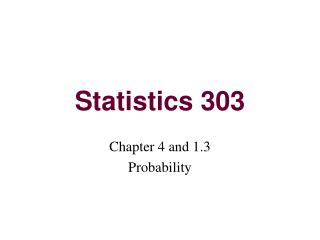 Statistics 303 - . chapter 6 inference for a mean. confidence intervals. in statistics, when we cannot get information

ECON 303 - . money and banking. description of course and motivation:. this course offers a systemic of monetary