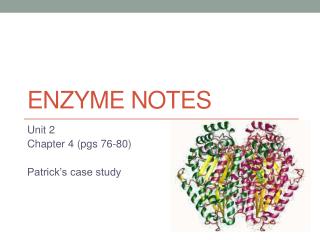 Enzyme Catalysis - . please turn in your take-home part for midterm 1 before class i will hand back in-class exams at the