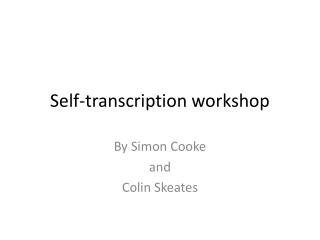 Tuberculosis - . richard moriarty, md umass medical school. “yet the captain of all these men of death that came

Retelling with a template - . visual and temporal scaffold models structures the process very important caveat – a

DNA Review - . what does dna stand for?. deoxyribonucleic acid. what is located at the bottom of a trna molecule?. anti-

POSITIVE GUIDANCE - . a guidance approach helps children to: channel their impulses into self-controlled and socially